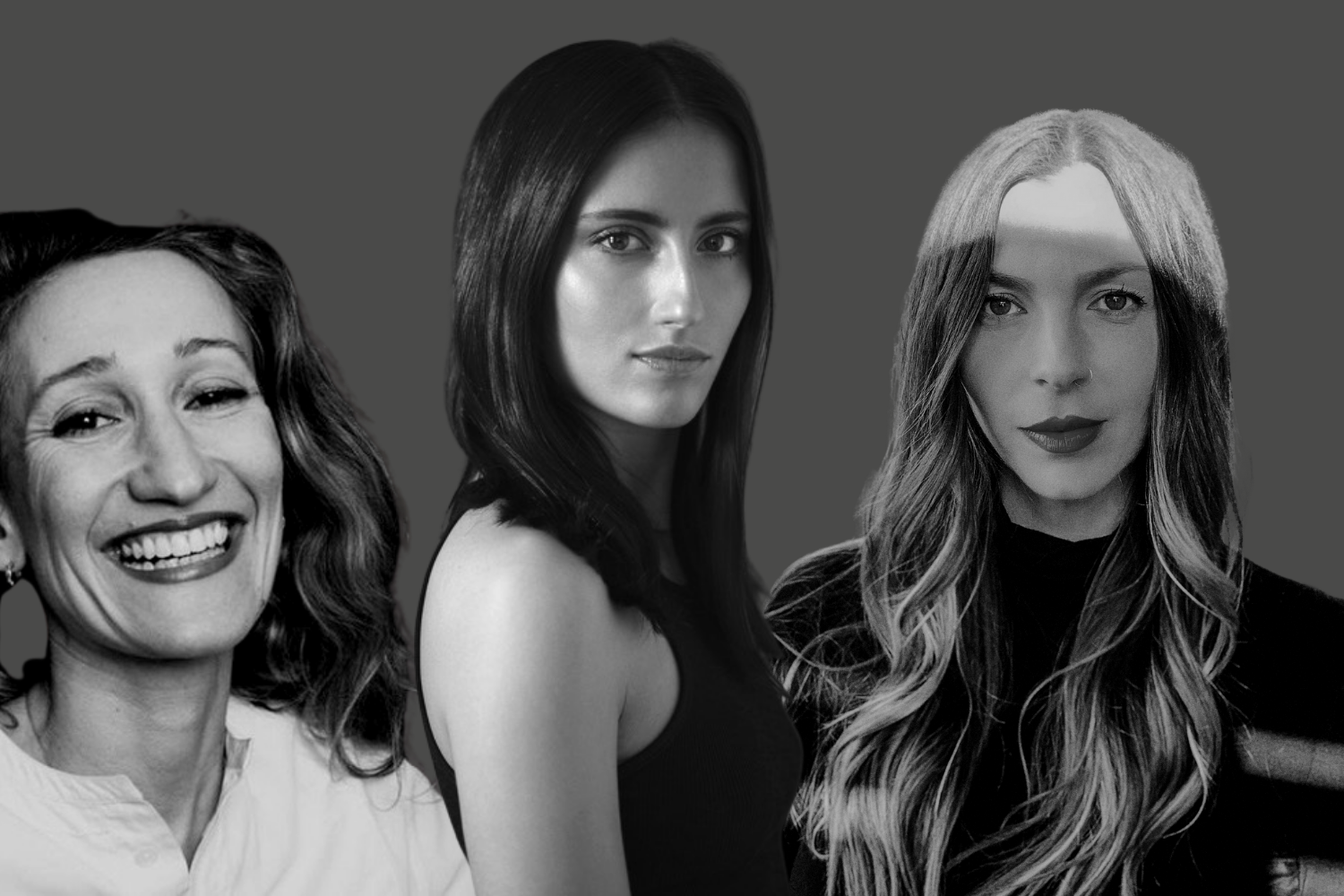 By Ellen GeorgiouMarch 8, 2022Music
No Comments

…Hey Alexa! Play ‘Who run the world’ by Beyoncé

This International Women’s Day, we are honouring three women who work within male-dominated roles in the film industry. Their work is incredibly admirable and we’re so pleased to feature them all on our platform.

What inspired you to get into this industry? & What appealed to you the most in the colourist role?

“I’ve always been inspired by the film industry, and so began by attending film school and dipping my toe into production before ultimately finding my passion in post. Over the years I’ve found creative expression in many different forms — music, film, photography, fashion — still to this day all of those things and more inspire me in my colour work. I discovered my love of colour through experimental film making during my film school years, and working alongside other creatives in a small post-production studio in my home town of Melbourne, Australia. What drew me to colour to begin with was the perfect mix of creativity and technicality — I loved the nuts and bolts of the telecine machines and loading film reels, and beyond that the endless opportunity for creative exploration.”

Your portfolio is incredibly impressive & admiring, having worked on adverts like Budweiser, Canon and Chevrolet, to the most trending music videos including Drake’s ‘Gods plan’ & Little mix’s ‘Black Magic’ to name a few. Which project was the most fun to work on and which are you most proud of and why?

“There really is no one favourite project for me. Considering the majority of my work is in advertising and music videos, it means that I’m lucky enough to work on a heap of great projects — it’s one of the reasons I never completely moved into long form. I love the fast paced nature of the industry, and the fact that I am able to exercise my skills so frequently on different types of content – that keeps me engaged and challenged. In a single afternoon I might create a really moody look, followed later by a Wes Anderson inspired piece with pops of colour and a different aesthetic all together — this really keeps me inspired. I’m usually proud of my most recent work because that’s what generally captures my current creative interest, or perhaps I may have tried out a new tool or method for doing something that I haven’t before. A lot of my pride comes from my client being proud too — can’t get better than someone else loving your work as much as you do.”

Are there any female trailblazers in the industry that you have been inspired by? If so, tell us more…

“There are so many incredible and underrated women in this industry, who frankly, aren’t given the spotlight enough to become household names to their peers. Of course there have been numerous women who have inspired me creatively and personally throughout my journey, but sadly I wish there were more I could name. I sometimes read articles or stumble upon incredible female Colourists and I’m shocked by the lack of recognition. That said, I certainly think that is starting to change in recent years.”

The colour graded sector is largely male populated, what are some challenges you’ve faced as a female in this industry? And how have you overcome them?

“Truthfully, I think the challenges I’ve faced have been typical to that of any person trying to make a mark in their industry. Everyone has to start somewhere, and although often we see more of an inherent trust in male professionals in general, I think that not only as a woman, but as any person starting from the bottom, you need to work really hard to prove yourself, and never get complacent.”

Do you have a mantra to keep you performing at your best? If so would you mind sharing it with us?

“There are that many brilliant artists out there setting the standards incredibly high, so I only need to look around at the work that’s being produced, and that’s enough to keep me performing. There’s alway someone one step ahead of you, and so if you’re not bettering yourself, you’re guaranteed to fall behind.”

Here at Sparks we’re big advocates for ‘paying it forward’ with that being said, what advice would you give to aspiring women colourists?

“Don’t be apologetic about being a woman. Be your best and you will get the best out of others. We can’t control sexism overall, but we can set a good example and work to prove that it’s a completely archaic attitude.”

What inspired you to get into this industry and what appealed to you the most about the Directors role?

“Coming from a photography background, I wanted my images to talk and move. Although a photograph can be more powerful than many words, I wanted my work to have the ability to portray a full story.”

It must be hard to pick a favourite, especially having shot for some of the world’s most prestigious brands such as Gucci, Vogue, Burberry, Mulberry etc. However, we’re curious… Which project was the most fun to work on? And which are you most proud of and why?

“I honestly love all of them equally. In each one I had the opportunity to meet amazing people, travel and shoot in great locations and see my idea come to life. I am very grateful to the creatives that trusted my vision and to the team that made it into reality.

The project I am most proud of is the one I am working on at the moment, a short about fatherhood.”

Here at Sparks, we’re big advocates for ‘paying it forward’ with that being said, what advice would you give to aspiring women Directors?

“Along with everything else, work on your own projects, where you can fully express yourself and your creativity.”

What inspired you to get into this Industry and what appealed to you the most about the Directors Rep role?

“I was working in TV as a producer and couldn’t see myself staying in the industry long term.  I  became friends with with the rep at Independent and she thought I would be good doing what she did. Although I didn’t have any experience in advertising at all, I was offered a job, she took me under her wing and trained me up. Looking back I realise I was very lucky to get in to the industry so easily and work for such a great company.

I appreciate creativity and talent in all its forms so working with incredible directors and championing their work is extremely rewarding. I still get a buzz from winning every job for them.”

Your experience and portfolio with Sweet Shop tv is incredibly impressive & admiring, having set up adverts such as Gumtree, Cadbury, Jaffa Cakes, and successful TV series ‘Your Honor’ to name a few. Which project was the most fun to work on and which are you most proud of and why?

“Starbucks ‘ Every Name’s A Story’  an immensely powerful piece directed by Nicolas Jack Davies which was the winning entry for Channel 4’s Diversity in Advertising Award.  The theme was challenging the lack of representation and stereotyping of the LGBT community in advertising. The story is based on real experiences where people in this community use Starbucks as a way of trying out new names and through a truly immersive casting and research process, Nick actually helped shape each moment to ensure that they all represented real, lived experiences.

Nick picked up Best Director at The Circle Awards and it has been shortlisted for the Social Impact Award at the British Arrows this year and most importantly has been well received by the trans community.”

Are there any female trailblazers in the film industry that you have been inspired by? If so tell us more…

“Starting out in advertising, Jani Guest, MD of Independent at the time, and my first boss was a wonderful role model for me.  Super smart, kind and generous, she clearly loved her job and the industry. She was passionate about her company, directors and team, which included the UK arm for Biscuit and Anonymous Content. She empowered men and women alike on her team and made me believe anything was possible.

Going further back I loved watching surf movies such as Point Break and its director  Kathryn Bigelow was one of the few female directors at the time in a male dominated industry- who was until only last year the only woman to have received a Best Director Oscar (Hurtlocker).  Sam Taylor Wood is someone else I’ve always admired- she’s overcome health issues, and has moved effortlessly between her art and making movies, excelling at both.  Ava Duvernay is amazing too for breaking the mould and being the first black woman to have received nominations and  awards for her powerful films.”

What are some challenges you’ve faced as a female in this industry? And how have you overcome them?

“I’ve been lucky. I haven’t faced challenges because I’m a women even though advertising still is a very male dominated industry.  There still is sexism and  inequality but I’m seeing first hand how hard production companies and agencies are trying trying to change things. Something that is still a challenge however is not seeing the number of new female commercial directors I’d like to see come through,  but I’m very excited about the ones who are.”

Do you have a mantra to keep you performing at your best? If so, please do share them with us, we’re all ears.

Here at Sparks we’re big advocates for ‘paying it forward’ with that being said, what advice would you give to aspiring women Director Rep’s?

“Positivity, passion and enthusiasm always wins the day. Also feel free to get in touch.”

What’s one dream project you’d love to collaborate on and why?

“Any job that has a positive, cultural impact such as Starbucks are truly rewarding- so more of those.”